Beyond the Academy:
A View from Labour Studies

At the time, withdrawing from my PhD was simultaneously one of the easiest and one of the hardest decisions of my life, but there was no doubt that it was the right one. My withdrawal was, as it is for many folks, the result of a combination of factors, including disagreements with my original supervisor about the direction of my dissertation, financial insecurity, and long-term concerns about securing tenure track employment. Another major factor that led to me withdrawing from my PhD was a debate between theory and practice, and a growing affinity for the latter. While my program of study was Political Science, I became especially interested in the politics of the labour movement, notably the power imbalances between labour and management and the role of organized labour in the state apparatus.

I currently work as a staff representative for the Canadian Union of Public Employees, Local 3906, which represents roughly 3,000 precariously employed academic workers at McMaster University (TAs, RAs, Sessional Faculty, and Post-Doctoral Fellows). One of my informal roles includes talking with graduate students about their future in the academy and the direction of post-secondary employment. It is because of this that the question of ‘beyond the academy’ is something that is often on my mind.

Withdrawing from, or remaining in, a doctoral program is a major choice. This reflection isn’t about whether someone stays in or gets out, it’s about adjusting to life outside of the academy, whether you’ve got a PhD in hand or not. One piece of advice that I’ve benefitted greatly from and always give to others is to take advantage of the non-academic opportunities that academic life provides you with.

In my case, I became an undergraduate Teaching Assistant at my small and, at the time, primarily undergraduate school (Brock University). A sessional professor of mine, Larry Savage (who is now the Chair of the Labour Studies at Brock), happened to the Chief Steward of our union and encouraged to me come out to union meetings. Eventually I decided to run for Chief Steward myself following his departure from the local for a tenure-track position, but prior to this he invited me to many grievance meetings in an effort to show me the ropes. This training continued followed his departure, as I was given the opportunity to shadow our long-serving local president and fellow executive members (notably Dan Crow, who himself has transitioned out of academia and now works as a researcher with CUPE National). I also took advantage of many of the educational courses offered by CUPE, including workshops of stewarding, collective bargaining, pensions, labour law, and a variety of other areas.

Unbeknownst to me at the time, I was actively engaged in a mentorship program and being apprenticed by more senior executive officers in our union local. In fact, it wasn’t until after I withdrew from my PhD and secured permanent, full-time work as a union representative myself that I came to be aware of this apprenticeship and fully realized how some excellent people had taken me under their wing. Their lessons were not, however, something that I planned on using to establish a career outside of academia.

As I noted earlier, one of the reasons that led to my departure from my doctoral program was my growing preference for practice over theory. My academic training certainly provided me with a comprehensive theoretical understanding of labour, but was sorely lacking on the side of practice. It is only a result of the non-academic training I received through my involvement in CUPE that provided me with the required practical skills and experience to secure a career in the labour movement and outside of academia.

In speaking with those who hired me into my current role, I’ve come to recognize that my academic training had little bearing on my getting hired. My employment was the result not only of the training I received through CUPE, but also – and more importantly – the hands-on skills that I acquired, including presenting grievances, negotiating settlements, and experience as a bargaining team member.

In addition to my union work, I still teach – on occasion – in the Department of Labour Studies at Brock. Most recently, I have been teaching a course on collective bargaining. This course is a hands-on, role-play course that allows students to simulate the collective bargaining process for a five-week period after a series of traditional lectures. Although it is an undergraduate course, I stress to students, particularly those seeking work in human resources or industrial relations, this type of training is vital to their career development and provides them with a tangible experience to speak about when they put themselves on the job market. The logic about the value of tangible experience holds true for those in a PhD program.

Almost all of the people that I work with on our union executive on a day-to-day basis are graduate students. While most are pursuing careers outside of the labour movement, there are naturally a few folks interested in working full-time for a union after their graduation. There is only so far that a degree alone can take them in this field. As such, I always stress the non-academic opportunities that exist for them on-campus and through their union, much like the training and mentoring that I (unknowingly) received during my undergraduate and Master’s studies.

Certainly this career trajectory in the labour movement applies to a limited number of people, but the main point of my reflection is easily generalizable- Take advantage of the non-academic opportunities that academic life provides you with. Whether you are in commerce, sciences, engineering, health sciences, or the arts, the university provides access (often at no charge) to non-academic opportunities. Whether or not folks elect to stick with their PhD program, not everyone will have taken advantage of the other opportunities that teach them practical, tangible, hands-on skills outside of an academic setting. Take advantage of these opportunities, whether or not you think you’ll end up with a PhD or not. You never know when you’ll need them- and I don’t know what I would have done without them. 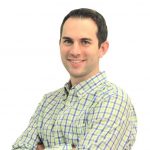 Brad Walchuk works as a staff representative for CUPE Local 3906, a union representing roughly 3000 precarious academic workers at McMaster University. He holds a Master of Arts in Political Science.