Walking Away From Academia When It Was Your Dream Job

There are many blog posts written by people who decided to leave academia. With the tight academic job market and the broken and exploitative adjunct system, there are many people, like me, who leave higher education because of math: there are just not enough jobs for all the talented people. At some point, we decide we can no longer afford – financially or psychologically – to stay in a system that has no room for us.

Sure, many people with tenure track jobs assume you couldn’t hack it, that you wouldn’t suffer enough. That may be true, but suffering is overrated, and there are too many professors who gave up everything for their careers and are miserable. (Not everyone is, of course, but too many are).

In 2012, I walked away after 3 years of job searching because the writing was on the wall: I was not getting the dream job I thought I would with my PhD. At the time, it was an enormous leap of faith: Would I ever find something that would be as rewarding as teaching? Would I think thoughts? Have interesting conversations? Was I doomed to unemployment?

I wish I could travel back in time to 2012 and tell myself: not only are you going to be o.k., you’re going to thrive. Leaving academia will open up a world of opportunities, intellectual challenges, and make you more engaged and energized with your life and work than you’ve ever felt in academia.

Maybe you’re like me and you only ever really wanted to be a professor. Maybe academia is the only place you’ve every really worked as a professional, but you’re good at it and you enjoy it. Now, you’re at a crossroad because you can’t land a full-time job tenure track job.

You’re wondering: How do I decide to walk away from my dream job, when it is the only career I have ever really wanted (and it’s all I really know).

Here are some things to consider in making that decision.

1. What is the likelihood that you will ever land a tenure track position.

What year are you in? The weeding out process begins early in the job search. In the humanities and social sciences, people are most viable ABD and year 1 on the job market. In STEM, it’s usually after your first post-doc (so around year 3). A second prestigious post-doc can keep you viable until around year 5. After that, there’s little movement from temporary academic positions onto the tenure line. (This is based on a two-year research project I worked on for the Chronicle of Higher Education). You probably won’t get a tenure track job at this point. Is this fair? Nope, but academia is not a meritocracy.

People who start out in decent jobs or win prestigious post-docs upon graduation tend to continue on to better positions. In today’s academic job market, less than 40% of humanities PhDs end up in tenure track jobs, and it is even more dismal for the sciences. So, once you’ve given the academic job market a fair shake, and if it didn’t work out, get out. It’s not you, it’s math.

2. What is your financial situation.

For me, I thought a PhD was a path to a middle-class lifestyle. I wanted to live in a nice house, drive a reliable car, drink decent whiskey, eat fresh organic food, and travel. I did not get a PhD to worry about my finances, rent crappy apartments, drive a shitty car, and make $12.50 an hour as an adjunct.

No, money does not buy happiness. But not having enough money isn’t the pathway to happiness either. In fact, more stress and anxiety and unhappiness comes from not having money. Don’t underestimate the importance of making a decent income.

There are other things you can do that will allow you to live the life you want and make a comfortable salary. Go do those things instead.

Yes, your PhD advisor did, but your PhD advisor is at an R1 school and is super fortunate. In the research I did for the American Historical Association and the Chronicle of Higher Education, I say how little movement there was in academia. Many PhDs are working at teaching-intensive schools and never amass the publishing records needed to move out of these positions to “better” schools.

Remember, if it is this hard to get your first job, why do you think you’ll get a “better” position?

If you took a tenure track job and now you are miserable, quit and do something else with your life. The idea that people move within academia is a lie perpetuated by a broken system. You can move, but it will require a new career. And that’s o.k.

4. There are other things you can do and be. You’ll make a livable wage, be intellectually engaged, and work with interesting people.

At Beyond Prof, every month we interview PhDs who have left academia and have launched professional careers. We share their stories to inspire you, and provide you with tips and strategies to find your own career. The world is full of PhDs who, like you who did not land the “dream” job, or didn’t want to be a professor in the first place, who were often depressed and lost, but eventually found a way to move forward.

By listening to interviews with other PhDs who have made the transition, you’ll hear how much PhDs working in professional careers love their jobs and how enriched they are by the work they do. They do not regret leaving academia. Life is great as a working, middle-class professional.

It is normal to be depressed when you are faced with the loss of a dream, the loss of self, and an uncertain future. If you can, seek-out mental health services, hire a life coach, join our Beyond Prof community, talk to friends and family. Build up a support network. Ask for help.

Practice self-compassion and self-care. This sucks. It is unfortunate. It’s not fair, and it is HARD. There is a time for being angry and frustrated. But don’t put that blame on yourself. Be the friend you need right now.

6. We are not the first generation to suffer enormous personal disappointment.

Many of us are children of baby boomers who were raised to believe in a system of meritocracy. Our parents’ world is not our world. In many ways, we have more in common with our grandparents’ and great grandparents’ generations.

When I decided to leave academia, I booked a trip home to the family farm in Southern Alberta, where my parents and my grandfather (who was 90 at the time) live. On my grandfather’s wall is pictures of the sheep ranch where he lived as a toddler.

The family lived in a run-down shack by a creek, until one winter all of Harold’s sheep froze to death, and that was that. Harold’s sheep ranching days were over. Plus, Ida had always hated living in the middle of nowhere. Her sons were growing up wild. Her nearest neighbour was several miles away. She wanted her children to have an education and to live in or near town.

When my grandfather was 5 years old, his parents bought the farm we now call home, and built the basement and foundation of a small farm house.  Then they ran out of money. They moved into the basement of the farm house and for the next 20 years, through the Great Depression and WW II, raised their family of 8 children in that basement.

Finally, in the late 1940s, Harold and Ida had enough money to finish their house and move upstairs. They were in their 60s.

I’m not sure what Harold and Ida’s dreams were. I never met Harold and Ida died when I was 8. But I can’t imagine that this was the life they dreamed for themselves.  Maybe it was. They owned land, after all, which was  a step up from sheep ranching. But their lives were marked with defeats, set-backs, and disappointments, all of them caused by political and socioeconomic situations well beyond their control.

As I stood there in my grandfather’s house that summer in 2012, looking at the photograph of the sheep ranch, it put my own disappointments into perspective.  And it helps me see my own achievement.

No, I didn’t get to be a history professor like I had imagined, but I had the luxury of having this dream. I am the great grand daughter of a sheep rancher and farmer.  Through the benefit of a good public education system in Canada, I was able to earn a PhD from the University of North Carolina at Chapel Hill, a top 10 program in my field.

And so are you.

Now, go search for new adventures, for new opportunities, and continue to be your fabulous, successful self. Don’t let anyone in academia make you feel small, or like a failure, for leaving. There are not enough professorships for all of the talented people.

The most radical thing you can do is leave a broken system and find new spaces and opportunities where you can put you talents to use, and make a livable wage. 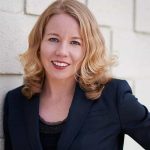 L. Maren Wood earned her PhD in History from the University of North Carolina at Chapel Hill. She is the co-founder of Beyond the Professoriate.
Linkedin Twitter

4 Reasons We Hate Job Searching (and How to Overcome Them)

5 Tips for How to Stay Motivated During Your Job Search