What did you hope for in terms of employment as you completed your PhD?

I had the same goal as all my PhD student friends – find a teaching job somewhere, which would hopefully someday lead to a tenure-track position. Unfortunately, because of the size of the medieval program in Toronto, it’s actually rather difficult to get teaching experience there. I was a TA for the Latin classes for other grad students, but that’s not quite the same as teaching an undergrad class, which is the kind of experience that all jobs seem to want. The historians in the medieval program were competing with the history department for undergrad classes to teach. One year, when I could have taught one of my advisor’s classes, the university decided to cancel the class instead. By the time I finished, I was aware that I probably wouldn’t be able to find a teaching job.

I also had a full-time non-academic job when I was in grad school, so I was already used to working in the “real world”, which helped a lot later on.

What was your first post-PhD job?

I was a postdoctoral researcher at the University of Nantes in France. I was part of a European Research Council project to create a database of legal texts pertaining to religious minorities in medieval Europe. I worked in France for about two years.

What do you do now?

Now I work as a translator. The postdoc job in France was a bilingual project. The other researchers and I all translated and proofread each other’s work to make sure the database was entirely in English and French. We also helped each other edit and translate our own research (articles, conference papers, books, etc.), and that’s something we still do now that the project has ended.

However, when I was in France, my family was back in Canada, and it was difficult living on separate continents. I needed to find a job in Canada. I can speak both languages, and my academic work involved translation and editing. My non-academic job during grad school involved editing in both English and French. So, why not look for a job as a translator? Most translators go to school and get a specific translation degree, but I didn’t do any of that. I managed to get a job as a translator at home in Canada and I figured out what to do, because I was good at it and it turned out that a lot of the skills I learned as a grad student were applicable to this kind of job. Having to do a ton of stressful work, accurately and quickly, under tight deadlines – it was just like grad school. I worked at a translation company for a couple of years, and now I do the same job for them and for other companies as a freelancer at home.

What kind of tasks do you do on a daily and weekly basis?

I get projects to translate, usually from English into French or French into English. Other translators proofread them, and I also proofread translations done by other people. That’s it really! Projects only come from one or two companies, but their clients could send anything – government documents, a store catalogue, medical files, food labels. There’s a lot of research involved, which I enjoy. There are computer programs that can help partially automate the translation, but sometimes all you can use is your own brainpower.

What most surprises you about your job?

People occasionally ask for a translation from (or even into) Latin. Usually it’s a motto or a diploma, but sometimes it’s a substantial text. I never imagined I would get paid to translate Latin! I also often translate medical files full of doctors’ handwriting. For those projects, it really helps that I studied medieval palaeography in grad school.

What are your favourite parts of your job?

I like learning about different subjects that I would have never learned about otherwise. I like that I can work at home, or anywhere else that has a wi-fi connection, so I don’t have to be in any particular place to do the job.

What would you change about it if you could?

Sometimes it seems like if I’m awake, I’m working. I could just accept less work, but another thing that I’ve brought with me from the academic world is “impostor syndrome.” I feel like I might be a fraud, since I didn’t become a translator the usual way. If I ever rejected any projects, maybe they would stop sending me any at all! So I wouldn’t change anything about the job itself, but I would change my insecurity towards it.

What’s next for you, career-wise?

I’m not sure. I like being a translator, but I also try to stay involved in academia. Since I can work from anywhere, I still try to go to conferences, and publish my own research and writing. I have been giving occasional guest lectures for one of my old undergrad professors at Western University, and it would be great if I could teach a whole class there. But for now it looks like I will mainly be a translator.

What advice or thoughts do you have for post-PhDs in transition now?

One of the best things about grad school, which you probably don’t even realize when you’re there, is that you now have lots of different skills that are way beyond the skill level of most other people. You have skills in research, writing, editing and proofreading that no one else has, and that can be transferred to lots of other kinds of work. You’re hard-working, reliable and have all the mental ability you need to learn new tasks. Maybe even more importantly, you learned a lot about stress and time management (even though it didn’t feel that way as a student!). It’s disappointing when you don’t get that teaching job you always wanted, but you have all kinds of other skills that non-academic employers are looking for. Take advantage of those skills, and you can do so many other jobs that you never considered before.

This Transition Q&A was originally featured on University Affairs.

Adam Bishop earned his PhD in Medieval Studies from the University of Toronto in 2011. He’s currently a translator, proofreader, editor, and researcher. 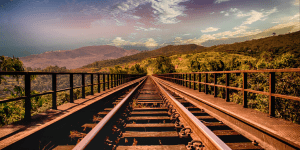 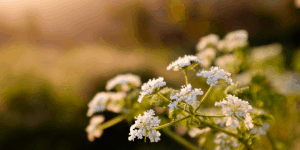 Advice for PhDs: Finding A Space to Flourish

After the PhD: Interview with Ras Viswanadha