How do your values affect your job search?

When it comes to thinking about job options after your PhD (whether academic or non-academic jobs), advice often focuses on the “practical” aspects of a search: what’s the state of hiring in your field? What’s the likelihood you’ll land a tenure-track job? What are your finances like?

But I want to take this space to talk about another aspect of the job search: your personal values and priorities. Because ultimately, a job search is deeply personal. The choices that we make about our careers are deeply personal. And we don’t often talk about them so openly—at least I know I didn’t want to when I was finishing my PhD.

When I spoke with other academics about my job search, I emphasized the sad state of the job market—I didn’t share my doubts that an academic career didn’t look all that rosy to me anymore, or that my values might have shifted throughout grad school.

I kept my personal desires to myself, mostly out of fear of judgement from others and guilt that I would be letting academic mentors down.

It’s not easy to make these decisions when you’re surrounded by an academic culture that (quietly) celebrates over-work, sacrifice, and a “do anything it takes for the tenure-track job” mentality. But when I looked at others ahead of me in academia and saw what sacrifices would have to be made in the hopes of tenure-track job, I just couldn’t see it. I couldn’t see sacrificing all that for a career that would leave the rest of my life in shambles and me unfulfilled. I still cried over the decision. I mourned the loss of my academic career. I flip-flopped a million times in my head.

And then I told myself it was time to move on.

When I was in the final year of my PhD, these were the values I prioritized in my job search, and ultimately what led me to pursue a non-academic career.

MONEY. As someone who never had a lot of money and who relied on scholarships  to pay tuition throughout her post-secondary education, I will tell you honestly: money was one of my highest priorities. I am not ashamed to say it or talk about it, because truth is, by the time I left academia I was tired of being underpaid; tired of working 3 jobs on the side to support myself throughout my MA and PhD; and I was tired of the precarity of living paycheck-to-paycheck. I wanted a job that would give me financial security. I didn’t want to pay to relocate for the 1-year contract position I was offered at $40K (the only offer I received after being on the job market for 2 years). My moving expenses would have gone on a credit card (who knows when that would have been paid off) and I didn’t have the money to pay first and last month’s rent in a new place.

Then there would be the additional costs of continuing to job search, attend conferences, travel back to visit my partner or family etc. I knew money would be tight. My mental and physical health just couldn’t take being poor anymore. For the next 2 months I continued to work retail as I searched for a full-time position, and shortly after I landed a position at a tech start-up. A few months after being at the start-up, I landed another position at a large, national non-profit where I stayed for 3 years. Both those positions paid more than the one-year teaching contract I was offered—and I didn’t have to move or pay moving expenses, I had good healthcare and benefits, and I had a clear line of promotion in each job.

RELATIONSHIPS. I had been in a relationship for only a year when I finished my PhD. I’m sure people judged me for wanting to stay relatively close to my partner because I valued the relationship we had. But I’m also sure that when I looked around and saw a future of constant moving, job uncertainty, and failed long-distance relationships, it wasn’t a future I wanted. My partner was successful in his own professional career, and asking him to move multiple times didn’t seem fair either. We’re married now, have a wonderful baby boy, and both have careers that allow us to work remotely and live anywhere. We support each other through family, career changes, and life hurdles—a job couldn’t replace any of that for me. So, yes, this might be part of that classic 2-body problem in academia, but I also think about those that have a 1-body problem—where constant relocation or living in smaller, less diverse towns could limit dating options. Ultimately, I valued my partnership and took it into account when deciding where I wanted to work and live.

STABILITY. By the end of my PhD I craved stability. I’ve spent most of my life moving–before starting undergrad in Canada I had already moved at least a dozen times across Asia and North America. After my BA, I moved again for my masters and PhD. And even though I stayed in the same geographic area for the next 7 years, I still moved every year in search of cheaper housing, quieter spaces, etc. After so much uncertainty, I was tired of moving, tired of rebuilding my networks, finding new friends, creating new social groups. My family is small and dispersed across Asia and North America. The idea of losing the support network I had worked hard to build during my PhD and having to start all over again was exhausting (and not knowing when I would finally be in one place for more than a year). I was mentally, physically, and emotionally drained from my degree, and the idea of continuing to live in a state of uncertainty without the people who had supported me for the past 5 years just didn’t sound appealing or sustainable for my emotional health. The last 2 years of my PhD had already sent me to counseling, and I couldn’t imagine what more instability would do to my health.

I feel a little vulnerable sharing these values, but again, I do so in hopes that it might help others who need to hear that it’s OK. I wish I had written these values down so that I could re-read them during my career transition and whenever I doubted my decision to leave academia. I can assure you, though, that the more time I spent in my non-academic job, the more my fears and doubts dissipated.

After 6 months in my job I was given a raise. And then 6 months later another raise. I was good at what I did, I had job growth opportunities, and I was part of a team that appreciated my skills and talents. Outside my career, I had an incredible partner, a growing family, and for once in my life, stability.

So if you’re scared to prioritize your values like I was—please don’t be. What you value and what you want out of life is important. Your health and well-being are important. 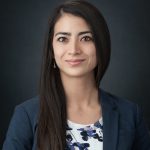 Malisa Kurtz has a PhD in Interdisciplinary Humanities from Brock University. She currently works as part of the Beyond the Professoriate team. 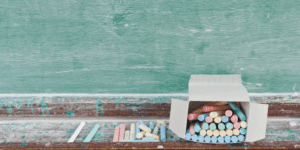