“Why did you leave academia?” is a question I get asked a lot by industry folks when making small talk. When I explain the dire jobs landscape in academia, people either nod knowingly or their jaws drop. That’s not the only reason I chose to leave the academy, though. There were a few other reasons: I wanted to stay near my family in a city I knew and loved (and owned a house in), I wanted to allow my spouse to continue to cultivate his own career, and I wanted a career that would allow me to be comfortable. I was tired of the culture of overwork in academia and burned out from the “publish or perish” ideology that pervades it.

I also knew that there was interesting, fulfilling work outside of academia because I had a career before grad school, so it wasn’t quite as difficult a decision for me as it is for those who had done nothing else. It was a lot easier to imagine myself doing something else, because I had done something else.

I know that a lot of people who want or need to leave the academy worry that they won’t be able to continue studying the topics they’ve spent almost a decade intensely studying, but that just isn’t true. This will depend on what your PhD is in, of course, but I’ve found ways to continue to immerse myself in linguistics and use it. It’s just in a different context. For example, I have developed workshops that teach people how language and gender intersect in the workplace to reinforce bias! This is a super fun workshop to give right now because in tech, there is a lot of talk about diversity and inclusion, and there are many companies trying to do better with D&I. They are starved for this kind of information and are so interested in it!

The bonus? No grading! And the people who attend are so excited to be there! It’s incredibly rewarding and fun to be able to make the content I used to teach to undergrads available to people who want it.

Right now, I’m working as a consultant in the field of User Experience, and I really enjoy it. The things I get to do on a daily basis: task/research design, applied research, and thinking about interaction/learning and how users conceptualize interactions is so interesting. The people I get to work with are really smart and fun, and even though I’m still “contingent,” I’m much more comfortable because I am actually paid for my knowledge and expertise.

If anyone is interested in UX as a post-academic career, I think the most important thing you can do is to start networking and doing informational interviews before you need to leave academia. If you’ve already left, that’s ok! You just need to be a bit more aggressive with your efforts.

By aggressive I mean setting a goal to meet with 2+ people in the field a week versus one to two a month if you’re still working in the academy. It’s not going to immediately result in a job, but you are laying the foundation to be considered when a position opens at a place you’d like to work. You also get to learn how different companies work and where you might like/not like to work!

Networking feels scary, but I promise it gets easier the more you do it. My essay in the book Succeeding Outside the Academy has much more detail on how to do this if you are super intimidated by the thought of networking.

Finally, the most important thing to keep in mind is: be patient. It can take longer than you’d like to land that first non-academic role, but it WILL happen. There are a lot of us out there who support you. Reach out to us! 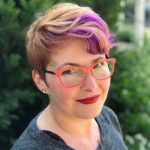 Abby Bajuniemi is a Research and Experience Design consultant with a PhD in applied linguistics, specializing in language acquisition and sociolinguistics. She translates her expertise in language systems and research to her work in user experience and human factors interaction design. Before her career in technology, she was a professor and academic, teaching, speaking, and publishing on linguistics and language learning. 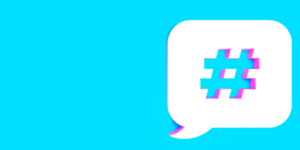 COVID-19 series: How to use social media for your post-academic job search

From Maren on Job Searching in Uncertainty

How do your values affect your job search?

There are two courses: one designed for STEM PhDs and a second for Humanities and Social Science PhDs. Learn more.